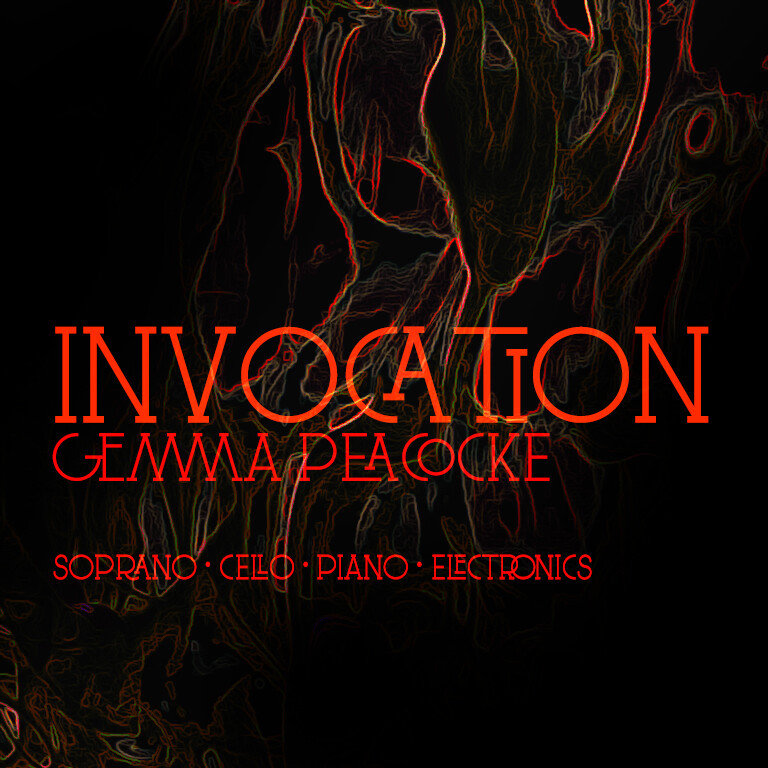 One hymn is a supplication to Hecate, an ancient goddess of the night, moon, wilderness, liminal spaces, and protector of the newly-born. Pre-dating Greek mythology, Hecate was originally thought of as a powerful goddess and protector of women with her own cult of worshippers and eunuchs. The hymn is a paean featuring expiatory offerings of foods and sacrifices.

The other hymn is startlingly threatening in tone. It demands that the supplicant’s desires are met, and its lines form a curse. The focus is cold and commanding, and the tone is menacing. The singer insists that if his will is not done, “tomorrow will not come”. With Invocation I wanted to set the hymns' inverse power dynamics within and against each other.

Over time, representations of Hecate shifted, and she eventually came to be a chthonic hag associated with evil, witchcraft, magic, and necromancy. Her name appears on surviving examples of stone tablets inscribed with curses.

While writing Invocation I was thinking about how a powerful pre-Hellenistic goddess could be reduced to a hag commanded by mortal beings.

With thanks to Fresh Squeezed Opera for commissioning Invocation as part of "The Female Gaze".

Save this product for later
Display prices in: USD